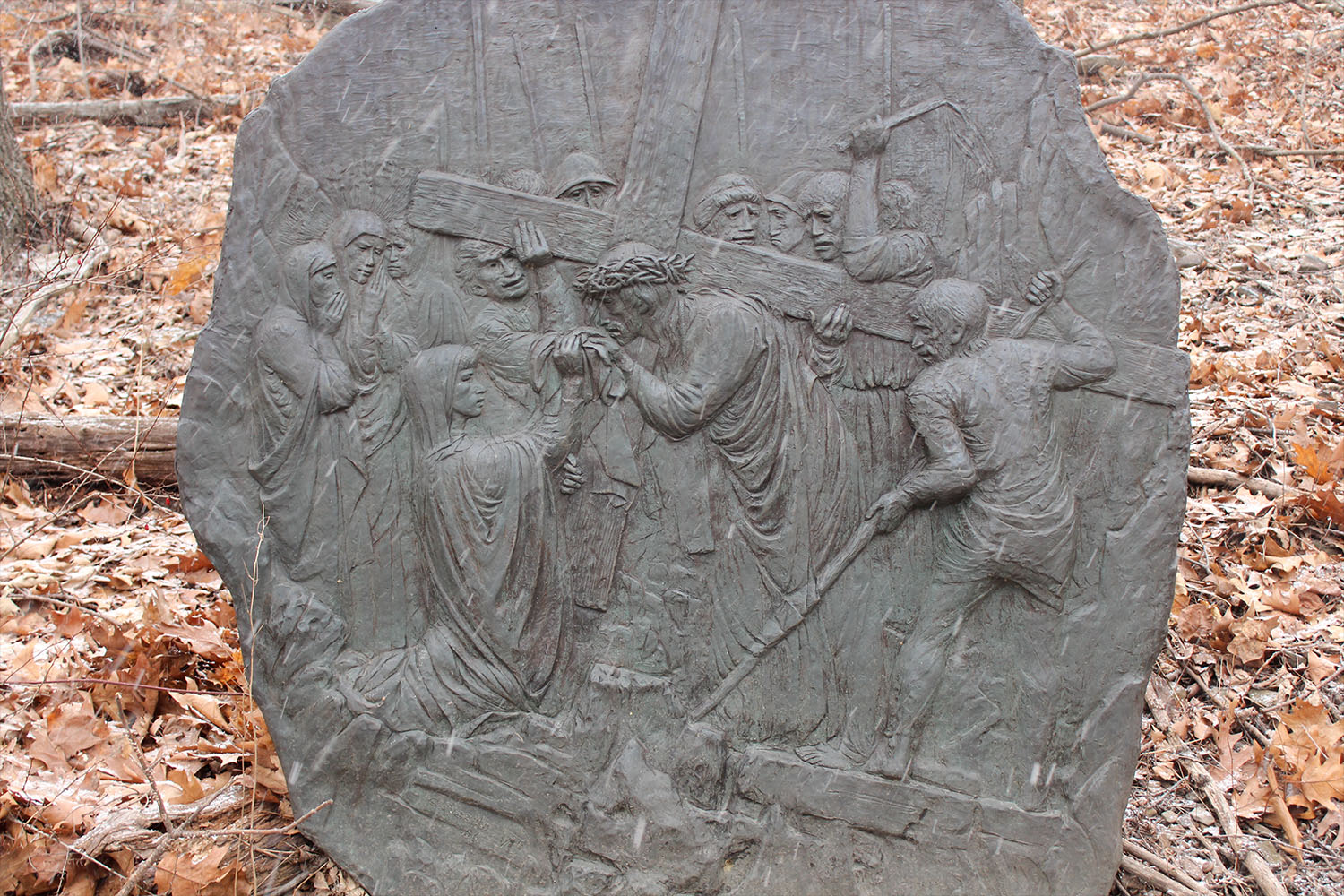 Tucked behind the Portiuncula Chapel and the Crèche, a wooden staircase leads down to Franciscan University’s outdoor Stations of the Cross.

Descending beneath the trees and walking on the hillside dirt path, the sound of light traffic on the road below doesn’t distract those meditating on the large bronze images that came from Italy in the spring of 1991. Designed by artist Carmelo Puzzolo, the stations were cast in the same mold as those he originally designed for Mount Krizavec in Medjugorje, Bosnia-Herzegovina.

Divided between two levels of the path, the 14 stations each depict the Holy Mother as part of the medium relief scene. The 15th station sits at the top of the hill, completing the walk.

Participants in Franciscan University’s pilgrimages to sacred shrines and holy sites sponsored the stations. Throughout the year, the Stations of the Cross allow today’s pilgrims to engage in a Franciscan devotion that engages the whole person—body, mind, and spirit—as they walk along the path and meditate on the way of Calvary.